“The most important phrase you need to learn to say is thank you.” Answered travel blogger Ryan Hikada. Ryan is an engineering student at UBC who grew up in the Vancouver area. A year ago he got a job opportunity in Japan. Most engineering students hope to do their co-op placements in NYC or San Francisco. Japan seemed like an unusual choice. I immediately wanted to know: “Why Japan?”

Ryan replied with an extremely humble response. He needed a co-op job, and he knew the odds were better for him in Japan. So he applied, so he got it, and so he went.

Moving to a new country is extremely difficult. Watching Ryan’s Youtube videos, I already knew one of his biggest difficulties was the language barrier. He wasn’t fluent in Japanese, and yet he had committed to living in Japan for a year.

He told me it was hard. However, he was excited and thankful for the opportunity. What made the transition easier for him was knowing he would eventually be home in a year. However, this was a double edged sword that I myself have faced. Knowing your trip has an expiry date makes it difficult to commit to, like a summer fling.

But it was more than just a summer. It was a year long trip. So Ryan made the most of his time. He went on many day trips: hiking, biking and eating his way through Japan. Even though he knew his Japan vacation had an expiry date, he still embraced Japan’s culture. He told me that if he had planned on staying in Japan for longer, he would have had a completely different mindset. He likely would have joined a sports team, or tried to set up a more structured daily routine. But, even though he would only be in Japan for a year, he still wanted to embrace the country that his great-grandparents called home.

It did, eventually. It took longer for Japan to feel like home than he thought it would. Only after six months did he begin to feel settled.

“There was a steep learning curve.” But eventually, he knew enough to stay there, however it was still scary. He said he met people who have been there for years whose progress plateaued. Once they knew enough to get by, they stopped learning. However, that definitely won’t be Ryan. He says he’s already planning to take Japanese courses at UBC to advance his knowledge.

Japanese isn’t the only thing that Ryan learned in Japan. He had some surprising lessons during his journey. He expected living in Japan to open his eyes to a new culture, but it opened his eyes to something more local. Both Ryan and I confided in each other how judgemental we originally were about adults who live in a country and don’t learn the native language. However, we both quickly realized if you are working 9-5, you have little time to practice your language skills. Learning Japanese was a long, hard process, and he admitted he didn’t reach the level of fluency that he hoped to attain.

However, he did reach new levels of empathy. He realized how difficult it must be for new-comers coming to Canada to adjust to the new life and pick up the language, and how much easier living in Canada was for him. He reflected on how much harder the transition must have been for his grandparents compared to him. He realized how privileged he was to grow up in an English speaking country.

“Well, I was surprised to learn how much Japan was a country of contradictions.”

There were bright lights, crowded trains, and busy streets, all next to peaceful temples. The newest technological gadgets were alongside multiple century old traditions. Side by side, the new and the old come together in a curious, strange, but somehow harmonious way.

He learned that it doesn’t matter where you go, people are just people. Some are even kind enough to go out of their way to take you on a day trip to the countryside, despite your limited Japanese. It’s a good thing he learned early on how to say arigatou.

You can check out all of Ryan’s vlogs here! Here’s one of his most recent vlog in Japan! 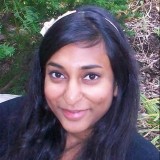