Art has the means to convey ideas and inspire action. Like many universal ‘languages’, visual art’s broad reach gives it the capacity to be a positive uniting force.

In 2007, Brazilian contemporary artist Vik Muniz travelled to Jardim Gramacho, a neighbourhood in Brazil which also happens to be the world’s largest landfill, to develop an art series inspired and created in partnership with the catadores, or ‘waste pickers’ who work there sorting recyclable materials. This process was chronicled in Lucy Walker’s 2010 film, Waste Land, a documentary filmed over the course of three years. Jardim Gramacho literally translates into ‘garbage garden,’ and receives about 70% of the trash produced in Rio and surrounding cities. Harmful toxins from the 8000 tonnes of trash dumped daily leaked into the area’s surrounding waters, rendering them unsafe for bathing and placing marine life at risk.

Muniz is known for his unique approach to art in order to create pieces made with everyday materials such as dirt, string, and sugar. In Muniz’s works, the medium is very much the message; a concept which has given him a platform to evoke social dialogue while challenging the often highbrow attitudes of the fine art world. Waste Land’s look into his process highlights Muniz’s interest in creating art that becomes a vessel for communicating and sparking social change. 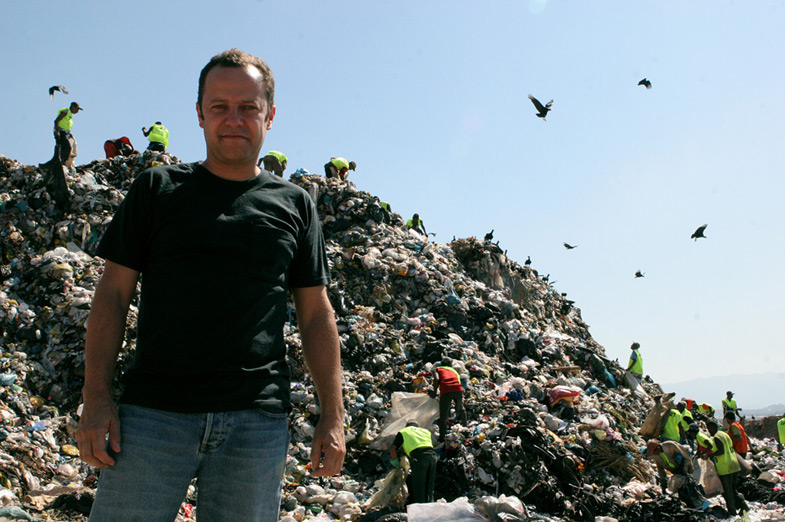 The documentary focuses on a group of lively catadores who make their living earning around $20 to $25 USD a day by manually sorting the landfill’s recyclable materials. Working under the Association of Pickers of Jardim Gramacho, the co-operative provides honest work for those living in the surrounding urbanized slums (also called favelas) while also doing an important environmental service. Muniz created the series by blowing up photographs of the catadores and creating large, breathtaking portraits made of the collected recyclables. The proceeds from sales and awards were then given back to the catadore community. Waste Land offers an intimate and humanistic look inside the lives of these pickers, as well as a sobering glance at the consequences of overconsumption and waste.

Oftentimes, it seems almost like a copout for artists to create works under the guise of “social commentary”. So much so that one may be led to question the authenticity of their intention and wonder where the line between information and exploitation is drawn. Waste Land, however, creates no archetypes of its subjects, and offers an honest portrayal of the catadores’ unconventional but humble lifestyle. Walker films a depiction of the pickers that is not skewed under the assumed tragedy of developing countries; the viewer is given a lifestyle to contemplate, rather than pity. 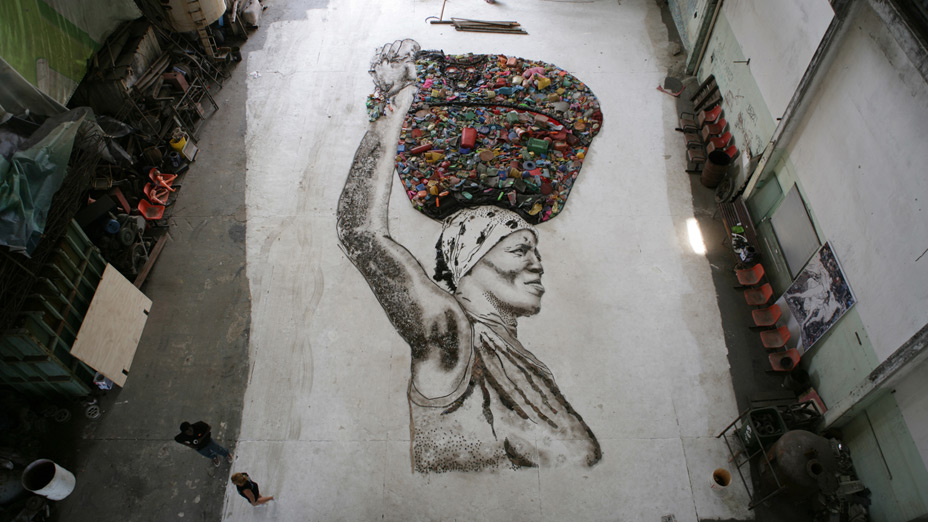 The Jardim Gramacho landfill officially shut down in 2012, prompted significantly by the Rio +20 sustainability conference, with its waste being sent to the high-tech Seropedica site from then on. As a means of compensation, the pickers were each given around a $7500 payout, which, when compared to the $25 earned from a day at the landfill, amounted to less than a year’s wages. Along with this, the Brazilian government enacted a federal waste management law which began the funding of recycling plants and gave formal governmental support to the pickers.

Today, as the world continues to move towards active environmentalism and sustainability, it can sometimes feel like a trade-off between the benefit of the environment versus that of the people. This film presents an interesting commentary on the relationship between environmental sustainability and ethics. Viewers are left to contemplate the interactions between stewardship and lifestyle, how to balance the two, as well as the role of art as a socially propelling force.