A zero-gravity environment presents a challenge to the health of crew members aboard the International Space Station. When our bodies do not have to bear their own weight against gravity, our muscles and bones weaken and  then lose their density. In the weightless environment of the ISS, a loss of bone density increases the risk of osteoporosis among crew members. By following individual exercise routines, including resistance training, balance exercises and cardiovascular activities, the crew members of the ISS work to prevent the loss of bone density. Exercise is essential for maintaining their health.

According to Canada Diagnostic Centres, osteoporosis affects at least one in three women and at least one in five men. Exercise, as well as diet and lifestyle choices, can decrease the loss of bone density and, therefore, decrease the risk of osteoporosis. Aboard the ISS, crew members are allotted two hours per day for cardiovascular and resistance training. NASA has allocated this time to each member to combat the effects of a weightless environment on their bodies. In space, bone density decreases at a rate of up to two percent per month. As with osteoporosis patients, the loss of bone density increases their risk of sustaining bone fractures, so exercise is vital.

All crew members aboard the ISS are assigned individual fitness routines to help them maintain their pre-flight muscle and bone integrity. The necessity for their fitness routines is clear when the crew members return from their missions. Even with their daily exercise aboard the ISS, crew members who have returned to Earth still need rehabilitation for months after an ISS assignment in space. A typical stay on board the ISS lasts six months. On May 13, 2013, astronaut Chris Hadfield felt significant differences between life in Earth’s gravity and life in zero gravity aboard the ISS. Among these, he reported feeling the weight of his lips and tongue in Earth’s gravity. His rehabilitation included the need to remain seated while showering, a restriction from driving and a battery of cardiovascular, blood flow and vision tests. Hadfield spent two weeks under NASA’s care before spending months in an independent rehabilitation program to recover from his mission. 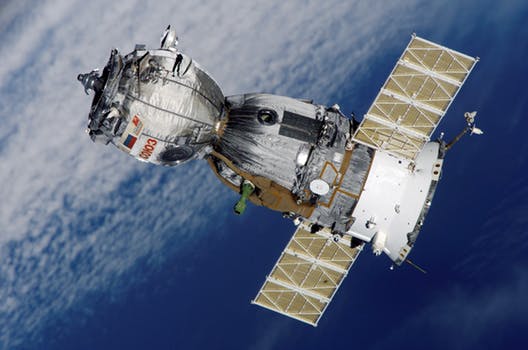 Exercising without gravity is a challenge that, as you might expect, NASA has solved with space-age technology. In November 2008, NASA sent the Advanced Resistive Exercise Device (ARED) to members aboard the ISS so that they could perform resistance training exercises in zero gravity. The ARED was put into service aboard the ISS in January 2009. As well as helping crew members maintain their muscle mass, bone density and endurance during space travel, the ARED allows astronauts to maintain their strength and endurance for physically demanding assignments.Such activities include space walks, atmospheric re-entry or emergency egress activities. 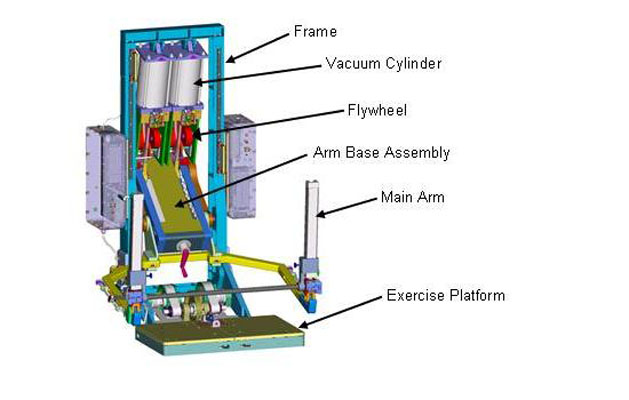 The ARED allows ISS crew members to perform resistance training without reaching the maximum amount of weight they are able to lift in a set. Using the ARED, crew members can perform resistive exercises for all major muscle groups in zero gravity. It was designed to accommodate most body types and allows users to lift up to 600 lbs for bar exercises and up to 250 lbs for cable exercises.

Resistance is created in two ways: one is by using vacuum cylinders with pistons, and the other is by using a flywheel mechanism. The vacuum cylinders draw against pistons to simulate the sensation of weight to lift and the flywheel, like a pulley system, simulates the feeling of inertia in weightlifting. The machine connects to a Space Station computer to record the workout data of each crew member. The computational system of the ARED also allows Mission Control to assign personalized exercise plans. Through the ARED, NASA can monitor and assign the exercise routines followed by each crew member aboard the ISS.

Resistance training directly affects the density and growth of our bones. Working out our muscles protects us from losing bone density by stimulating their growth. This is how space crew members prevent the loss of bone density during their missions. When we use our muscles, we cause our bones to thicken, so they will be able to support stronger – and thus heavier – muscles. As we exercise, the fibers that connect our muscle tissues to our bones create tension in the bones, causing them to grow denser and stronger in response. The resistive exercises performed by space crew members using the ARED are designed to build muscular strength and the bone density to support it. When gravity is no longer an obstacle, our bodies still require regular exercise and a resistance training routine to maintain their strength and well being.