As an English major, I was encouraged to analyze novels only within the context of its own story, without taking the personal history and biography of the author into account. In my English program I learnt that the early liberal humanist movement encouraged art to speak for itself, such as The Walrus by the Beatles. This meant that liberal humanists only valued writing as a “work of art” if it remained timeless and had no attachment to the author’s biography or personal history.

In most of my English classes, our teachers made us write “close reading essays,” which were assignments where we create theories and impressions of the novel from the story itself. We were discouraged from investigating the author’s background and history in order to stop it from influencing our ideas of the work. Instead of being influenced by external factors, you are expected to find a world within the internal piece of work. It shouldn’t matter that Tennessee Williams, in order to escape his tough situation at home, moved to New Orleans where he found his voice and was inspired to write his play, A Streetcar Named Desire. The only thing that should be important is the drama that exists in the Kowalski family.

Tennessee Williams with his family as a child. He is the child sitting on the chair to the left. His mother sits in the middle, his sister sits on the ground. (Image Source: Harvard Gazette)

But I feel as though you are losing a little bit of the story when you take a piece of literature out of context. I began to question the ideals pushed in my English classes, wondering if perhaps knowing an author’s history could add to the overall experience of a story. A story could become much more fascinating once you learn that Tennessee Williams created many of the characters in his story based off of people he knew. For example, he was very fond of his sister, and she was his muse for most his work, writing characters that reflected the way he saw her. In real life, Williams’ sister was forced to get a lobotomy by her mother as a way to treat her mental anxiety. Afterwards, she was never the same. Williams always blamed himself for not being able to stop his parents from forcing this action on her. This is reflected in the way he writes his characters as well.

In his play, The Glass Menagerie, his mother is the inspiration for the character Amanda, an old Southern Belle who never quite got over her days of beauty and treats her daughter as “different.” His sister is the character Laura, who never feels truly comfortable in her own skin, is nervous and anxious and keeps to herself and her little glass dolls. Williams also projects himself onto the main protagonist, Tom. This is shown in the way pieces of the story are doled out through fragmented scenes and flashbacks, reflective of William’s own personality. 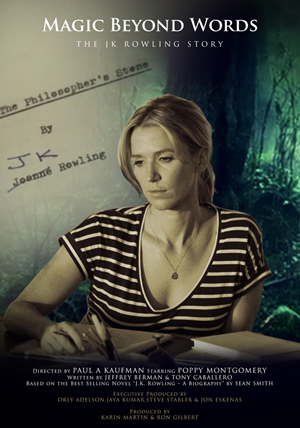 It’s easier in this day and age to acquire news and background information about modern day authors and poets. With the click of a button, you can read all about J.K Rowling’s journey to writing Harry Potter — there’s even a movie! It’s easy to identify with authors and understand the context of their stories, such as John Green’s love stories in Looking for Alaska and The Fault in Our Stars, the struggle of balancing love and a career in Sex and the City and even trying to deal with an impossible situation like in Moyes’ Me Before You.

When first being faced with a close reading assignment, I was always so frustrated, especially when having to deal with poetry. How was I supposed to understand why the wheelbarrow was red or what Hughes meant when he wrote that he “too, sang America“? Was it that we were taught to rely on other people’s theories or was it the fault of society for not instilling a sense of history within us?

I don’t know which is more important and which is more disappointing. It’s hard to know how to deal with any kind of literature when it comes to analysis. Sometimes a blue curtain is just a blue curtain. Maybe we’re putting too much emphasis on the purpose of the writing and of what it’s trying to say instead of trying to figure out what it means to us and why we’re so touched by the words we read?

I think early critics were spurned to believe that stories are written with a single intended meaning of which the author intended, and that most people would not be able to understand nor enjoy it. However, these days, this isn’t always the case. A piece of writing never usually has a single targeted audience. Novels that are now classified as children’s literature were primarily written for adults.

What early critics missed was how interesting it is to speculate about the kind of headspace an author was in when they wrote the piece. I believe that it is up to the readers to interpret what it is we see and what emotions the piece evokes when we read it. Why can’t we accept the world in the novel to be its own source of realism? Unless they are pieces of non-fiction, anything is possible.

Jamie Tenn
I read as much as I talk and I talk too much. I love writers with great last names: Poe, Shakespeare, Dickens, Fitzgerald and Nick Miller.