You are sitting alone on a long flight and you decide to strike up a conversation with the person sitting next to you. After a few minutes of discussion, you discover that you share a number of mutual friends.

This happens all the time, and the simple phrase “small world” is expressed in order to explain the curious coincidence of people being far more connected than what you might expect. But the truth of the matter is that such coincidences can be explained by simple statistics. Every time you meet someone, a new connection is formed in a vast network of people from across the world. The connectivity of people is often described in terms of “degrees of separation.”

John lives alone and has never met a single person in his life. One day, John meets Beatrix, a university student from New York. If we assume that Beatrix has 350 friends and that those friends have an average of 350 friends, it would mean that John has three degrees of separation with 350 x 350 = 122,520 people. Similarly, those 122,520 people have three degrees of separation with John. As you can see, as the degrees of separation increases, the number of people increase at an exponential rate. If we were interested in seeing how John’s social network changed as he made more friends, we could use computer models for visualization. 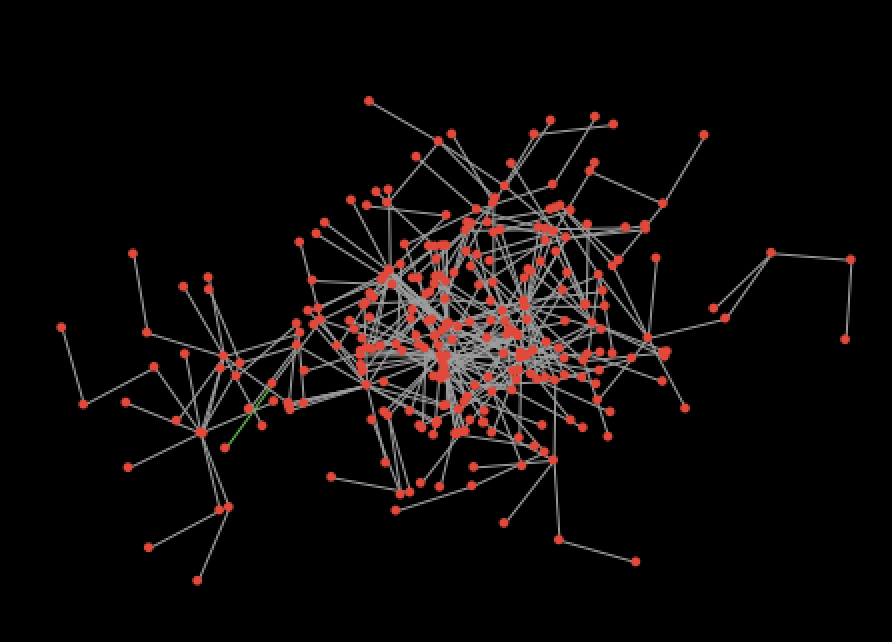 Imagine John as one of the red dots in the network of dots in this computer model created by a software called “Netlogo.” As more connections are added, the degrees of separation he has with the entire population changes.

Degrees of separation are not a new idea. In the literature, it is thought that on average, people have six degrees of separation from everyone else on the planet, a theory popularized by the play aptly named “Six Degrees of Separation.” The problem is that while this theory may have been true at one point in history, it is generally no longer considered valid. Why? The existence of social media.

Consider Facebook as an example. According to a statistic from November 2016, the average number of friends people have on Facebook is around 155. There are 1.79 billion monthly active users on Facebook. Using some simple math, we can determine the average degrees of separation for all Facebook users.

If we solve for degrees of separation the answer is about 4.2 degrees. If we included all Facebook users (not just people who log on monthly or more), the answer would become 3.6. But of course, not everyone is connected to Facebook, so let’s broaden the number of people to everyone that uses social media, the number is approximately 2.67 billion. If we again assume that people are connecting with 155 people through these sites, the degrees of separation on average would be 4.3.

The final issue is that around 4.8 billion do not have social media. The interesting thing is that this population is not isolated from the social media population. It’s not difficult to assume that the vast majority of people without access to social media know at least one (if not more) people on social media. Even the most remote of towns has people travelling in and out and odds are that at least one resident has a distant friend in the city who uses Facebook. Not to mention the ways people connect without social media such as mobile phone, internet forums, or even snail mail. And as the number of people logging into social media increases, the world population will become more and more closely linked.

Does it matter that we are becoming more closely connected? Is there any reason to care? As Ouisa Kitteridge, the character from the play “Six Degrees of Separation” once said:

“I find it extremely comforting that we’re so close… because you have to find the right six people to make the right connection… I am bound, you are bound, to everyone on this planet by a trail of six people.” 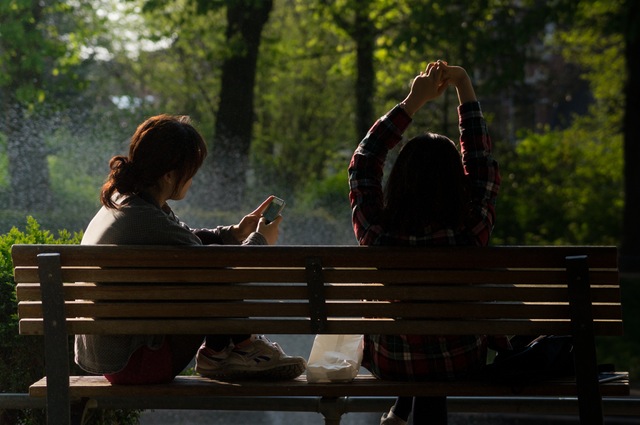 And by extension, every impact you have on someone will cascade into the human social network. As an example, consider that you have convinced your friend James to go on a vacation with you for several weeks. While James is gone, he has hired his neighbour, Alice, to take care of his dog. Alice works as a secretary for a law firm, but one day the dog gets sick, so she takes it to the vet instead of going to work. Alice’s boss, Martha, misses a meeting as a result of this, because Alice was not there to inform her about it. Martha subsequently gets in trouble with her manager, Jonathan… I could go on like this ad infinitum. So the responsibility you have as an individual interacting with other individuals is actually quite significant, despite what it may seem. The more pleasant side of this concept is how much good we can create as a single human: the main argument for doing “random acts of kindness.” By giving someone a free coffee, you could change someone’s life trajectory in a far more positive way than you could ever imagine.

Regardless of how seriously you take the idea of degrees of separation, it is a powerful idea. For no matter how distant you may seem from people from across the world — a CEO in Japan, a student in Israel, the president of the United States — they are always just a few close links away.