“Don’t be a bunch of snowflakes!” is a phrase that many people, especially those who are a part of the Millennial or Gen Z generation, may hear often. These are individuals who were born between the years 1980-1996 and 1997-onward respectively. The term ‘snowflake’ became popular in the 2010s and is generally used against Millenials and Gen Z by previous generations who see them “to be easily offended, attention-seeking and lacking resilience.” Individuals who are labeled as such are seen to be as “delicate” as an actual snowflake. In short, the “snowflake generations” are more concerned with being politically correct than making or listening to conversations that do not align with their own political ideals.

The term ‘snowflake’ is also tied to the idea of ‘mental resilience.’ The traditional belief here is that Millennials and Gen Z “have been coddled by helicopter parents and allowed to avoid the responsibility and independence that foster mental resilience.” Sarah Flower, manager of health promotion for the U of A’s Human Resources Services, speaks about this. For her, ‘helicopter parents’ come in the form of parents who do not allow their child to go through problems by themselves. Instead, they take hold of the proverbial steering wheel and take the child out of the problem. As a result, “when they have to confront problems themselves, [‘snowflake’ children] don’t have the basic skills to draw upon, and they start to panic.”

However, ‘helicopter parents’ are not the only ones responsible for the lack of mental resilience in youngsters. Authoritative institutions geared towards young people, including schools, also often contribute to this phenomenon. For example, many students in this day and age get awards for simply participating in school events. An example would be track and field. As Flowers writes, previous generations did not get this type of luxury that in her opinion does not “allow as much for competition” or failure, the latter of which is vital for growth and development and is ever-present in the ‘real world’.

However, many times the issues that Millennials and Gen Z speak out about are real ones — issues of mental health and wellness. When it comes to employment, U of A sociologist, Lisa Strohschein, explains that the anxiety felt by young people is one that previous generations did not have to go through. According to her, young people, especially Millennials, have not had the best relationship with the economy and employment, citing the Great Recession as the source of all of this. As she explains, “Millennials went through the Great Recession of 2008, ended up having to take jobs that weren’t leading anywhere, and that has pretty much continued today … if you’re in a dead-end job, that’s stress-producing.” Despite being the most educated generation, Millennials and Gen Z are anomalies in the otherwise traditional trend whereby new generations do better than those before. For example, traditional markers to adulthood are the following: home-ownership and marital status. Both are markers that many Millenials and Gen Z individuals do not fulfill. 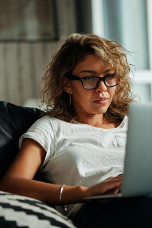 The joint advent of social media and the smartphone has also shown to affect the mental health of Millennials and Gen Z. Jean M. Twenge has an in-depth story about this published in The Atlantic. She briefly talks about the traditional practices of teenagers over the years and how they have changed specifically with Gen Z. For example, mall trips with friends in today’s generation are usually spent in part on phone, either on social media outlets like Snapchat or for messaging other friends who are not currently there with them. As Twenge writes, instead of holding up the phone line like Generation X did, Gen Z “make sure to keep up their Snapstreaks…sometimes they save screenshots of particularly ridiculous pictures.”

This is the new form of socializing for this generation. Twenge does not judge this change but instead highlights the emotional behavioural changes that occur in teens as a result. It has been shown that teenagers who spend more time on their smartphones as opposed to having face-to-face interactions with their friends are more likely to experience a sense of loneliness. Moreover, Twenge found that Eighth-graders who are fully adept at social media are 27% more likely to be at risk for experiencing depression. 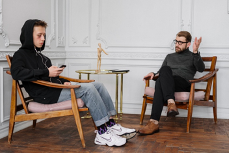 As Twenge writes, social media and mental illness are joined together by an old problem felt by teenagers for generations: the feeling of being left out. When teen friend groups go out together, they are more than likely to “document their hangouts relentlessly – on Snapchat, Instagram, Facebook,” and thus, to parade their hangouts to those they did not invite. This then leads back to the feeling of loneliness previously expressed. According to Twenge, this is especially seen in girls who have reported feeling left out in 2015, 48% more than in 2010. The feeling of anxiety also creeps up in this case again, as, after get-togethers, teenagers cannot wait to see how many likes their posts will get on social media.

Unfortunately, this feeling of loneliness and the overall mental health situation is currently being exacerbated because of the Covid-19 pandemic. Under quarantine, people are being asked to self-isolate in their homes. When they do go outside, for grocery runs or for walks, they are being asked to practice social distancing. A survey done by the Benenson Strategy Group found that 55% of respondents tied the pandemic to their current mental health. Many Millennials had already been feeling lonely and anxious, and the current pandemic is “leading to what experts call a “health shock.” On top of that, many of the older individuals belonging to the Millennial generation have parents that are either part of Generation X or part of the Baby Boomer generation. This means that their parents range from 40-55 to 56-74 respectively. Parents who fall under the latter group are those whom the medical community has labeled as “the high-risk category for coronavirus.” As a result, Millennials are left worried about their parent’s health and the precautions that are made to ensure their safety. 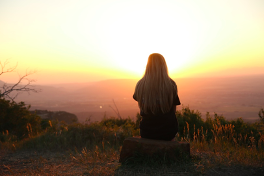